The farm and its farmhouse, originally called "Mas Regany" (17th century) is located in the hamlet of Les Ordes in the extreme north of the municipality of Aiguamúrcia. At an altitude of 450m, on the slopes of the Sierra de Ancosa and at the foot of the summit of Montagut.

The 50 hectares of land are divided into 30 hectares of forest that surround each of the cultivated plots, which make up another 20 hectares.

All of them have spontaneous vegetation cover, some of more than 30 years.

We have a diversity of both soils and environments. Small microclimates that configure a changing and varied landscape, both in the flora and a rich fauna.

A small valley opens into the heart of the estate. The narrow and shady part has remained untouched, to maintain and preserve a central space in which autochthonous plant and animal life, can express itself enriching the diversity and balance of the whole estate. 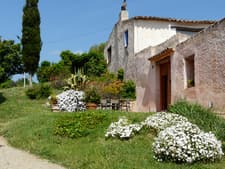 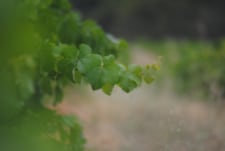 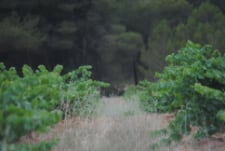 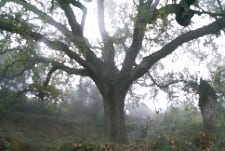 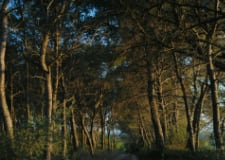 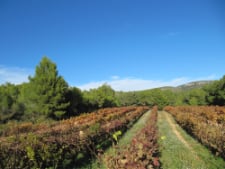 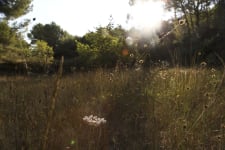 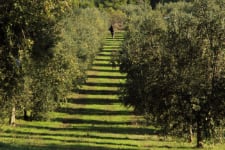 We have a mild climate, with summers that are becoming drier and hotter, but always lightened by the fresh and pleasant air of the sea breeze at midday.

In recent years we have seen the rainfall concentrated with more or less intensity, but practically only in the autumn and/or spring. Lost are the years of regular water of those rainy winters; now they are drier, windier and much less cold than they used to be.

Little by little global changes in the climate are also noticeable here, all the more reason to work our natural environment from another point of view.